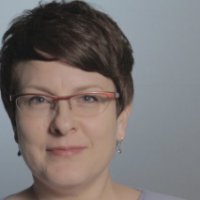 Margaret is mother to Josie, with Aicardi syndrome, and she works tirelessly to support treatment options for all children with epilepsy. Margaret is also on the Board of the Danny Did Foundation. Congratulations, Margaret! We are proud to have a mother and advocate like you.

Margaret Storey is an Associate Professor in the History Department at DePaul University in Chicago and a parent advocate for children with medical complexity and disability. She received her PhD in United States History from Emory University in 1999 and is the author of numerous historical publications as well as opinion pieces about medical marijuana, special education, and disability rights for The Guardian online, the Motherlode Blog at The New York Times, and The Chicago Tribune.  She comes to epilepsy advocacy as the parent of daughter with Aicardi Syndrome, a rare and debilitating condition that causes early-onset, intractable seizures as well as a range of developmental and physical disabilities. She is the past president of the Family Advisory Board and current member of the Public Policy Committee at The Ann and Robert H. Lurie Children’s Hospital of Chicago. She worked closely with The Epilepsy Foundation of Greater Chicago and The Danny Did Foundation to advocate for the legalization of medical marijuana for children with epilepsy in Illinois.